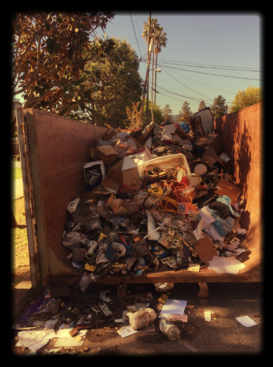 On Friday, May 13th at 1:35 pm Mountain View communications received a 911 call reporting heavy smoke at 717 Alice Avenue. Firefighters arrived on the scene, a one story single family residence, at 1:41 pm and found the garage fully involved. Firefighters initiated an aggressive fire attack and began searching the home. One person was located in the back yard and was transported to Valley Medical Center with non life threatening injuries. At 1:43 pm a second alarm was called and fire units from Palo Alto and Sunnyvale responded to assist. Firefighters continued the fire attack and declared the fire contained at 2:14 pm.

Incidents like these enable Random Acts to help residents of our community and it is our special relationship with the community that allow us to gauge their need.The resident in question lost all his belongings in this fire and was in need of day-to-day essentials. Mountain View Firefighters Random Acts was able to assist him by giving him a $500 gift card. 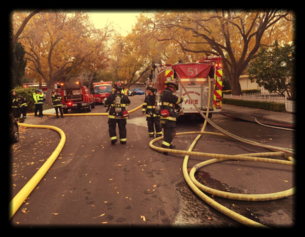 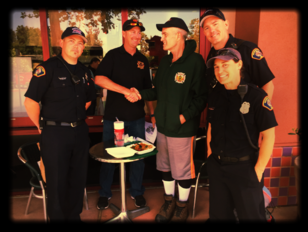 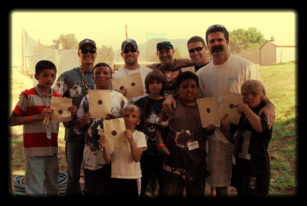 Working cooperatively with City of Mountain View employee's, Mountain View Fire Fighters Random Acts (MVFFRA) helped alleviate a significant fire load at a residence in Mountain View. The resident has welcomed and appreciates the help from MVFFRA & other employees. This project will help to make the residence and the surrounding neighborhood a safer place. On the first day of this project, we worked hard and filled three dumpsters. These three dumpsters were removed, emptied, and returned. On the second day of this project, crews worked hard (in wet conditions) and filled three additional dumpster bins. 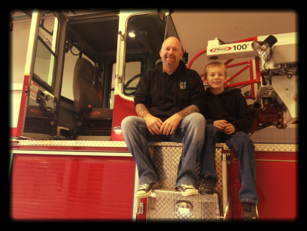 Dave works for CalFire. While deployed on the Butte fire in September, his home was burned to the ground by another wildfire. Dave lost everything while working to protect other's homes. Dave and his son Dylan were looking forward to a great year on the slopes of Tahoe. But all their gear was lost in the fire. Mountain View Firefighter's Random Acts co-ordinated an effort to replace their gear so they could take a break from rebuilding to enjoy father/son time snowboarding in Tahoe.

​​Champ Camp is a week-long, residential summer camp experience for child burn survivors ages 5-16, who have been treated at California hospitals or are current residents of California. Each year, approximately 130 children attend this week long summer camp at Wonder Valley in Sanger, California.

Champ Camp is free to all burn survivors and it is fully staffed by medical doctors, nurses, program staff, volunteers and counselors – many of whom are also burn unit nurses, burn doctors, adult burn survivors and firefighters. Activities at the camp include fishing, horseback riding, crafts, canoeing, archery, water slides, camp fire, a dance, and team building activities. The main focus of camp is for burn survivors to have fun and just be kids away from medical procedures and financial hardships.  Camp provides a safe environment where burn survivors can play, learn, grow, gain self-esteem, and make new friends. Mountain View Firefighters have a long standing tradition of working as volunteer camp counselors and on the program staff.

Camp is a safe place for young burn survivors to build confidence through activities and interactions that they would otherwise never have a chance to experience.  The giant slip and slide is a huge hit.

On Monday, November 30 at 2:40:27 pm the Mountain View Fire Department received a 911 call reporting a fire at 230 Lassen Avenue. Mountain View Engines 51, 53, 54, 55, Truck 51, Rescue 51 and Battalion 51 responded to the fire. Firefighters arrived on scene at 2:46:47 and found the structure at 230 Lassen, a single family home, fully involved. The fire had also spread to the neighboring home at 224 Lassen Avenue. A second alarm was called at 2:48:20 and Engine 64, Truck 66 and Battalion 66 from Palo Alto Fire responded to provide assistance. Firefighters initiated an aggressive fire attack and were able to extinguish the fire at 224 Lassen fairly quickly. Due to the conditions of the fire at 230 Lassen firefighters were not able to make entry and used an exterior attack to extinguish the fire. No injuries were reported during this incident and all occupants of both homes were are accounted for. Both homes were uninhabitable and the American Red Cross was contacted to provide the residents with housing assistance.

Incidents like these enable Random Acts to help residents of our community and it is our special relationship with the community that allow us to gauge their need. Random Acts gave one family a Target gift card to purchase basic necessities and another family a Lego fire truck and a teddy bear.